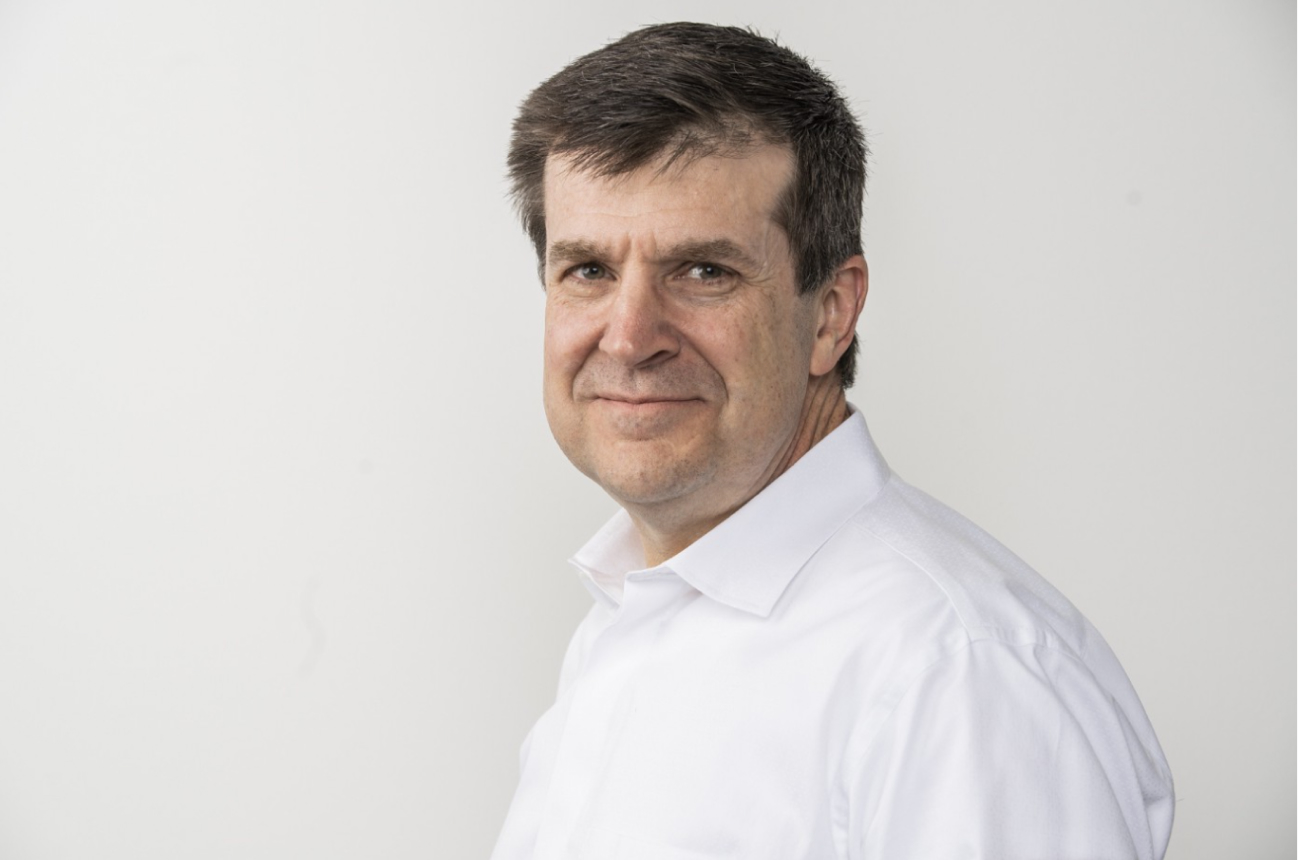 Is there a particular book that made a significant impact on you? Can you share a story or explain why it resonated with you so much?

I think I’ll have to give you two, which have both had a huge impact on me. The first is Albert Einstein’s ‘Relativity: The Special and the General Theory’. The first time I read it, I was simply overwhelmed by the beauty of it. He was able to describe a world that many of us can’t see, touch, or absorb.

Around the same time, I began reading JRR Tolkien’s ‘The Hobbit’. That is another book, which left a lasting impact on me. I will always be enthralled by the character of Bilbo Baggins. He is the definition of a reluctant hero, someone who was thrown into difficult circumstances and had no choice but to act.

How do you define ‘leadership’?

One cannot make themselves a leader. A leader is somebody that people follow, it’s a by-product of what you do. You become a leader over time by building trust, by demonstrating your value and by delivering on promises. A leader is someone you can really count on; someone you can believe in and someone who is able to stir a passion inside you. A true leader inspires you to always be your best.

How do you define ‘financial inclusion’?

I see financial inclusion as a way of pushing beyond the edge of meritocracy.It’s a concept that allows us to really find the innate potential within people and to empower them to advance themselves. It’s a way to level the playing field in terms of opportunity. When you look at what makes someone privileged, it’s often not just an economic distinction or access to capital, it actually goes much further than that.

Take for example a guy who has been born into a wealthy home and who studies at an established university like Cambridge. It’s not only that he has access to more opportunities, but he’s also likely to have a greater social safety net around him. By becoming more financially inclusive we’re able to bypass some of these inequalities and build a world, which allows more people to actualize themselves.

How do you define ‘unbanked’?

It’s defined by deficient access to financial services. For example, if you’re unable to save and borrow capital then you are unbanked. People can be unbanked for many reasons. We see it a lot in developing regions of the world where people often don’t have access to the technology that’s integral to certain financial services. Likewise, there’s a lot of underbanked individuals who also struggle with very similar issues.

If you need a smartphone to access your bank, but only have a flip phone, then you’re at the very least underbanked. I think there’s a common misconception these days that technology is helping to make our world smaller and levelling the playing field between us. Unfortunately, I’d have to disagree. Certain tech is only serving to cut people out in new ways, which is disappointing for all involved.

Can you explain some of the reasons why a person might be unbanked?

Unequal access to certain technologies is increasingly playing a big role in it, but there are other forces at play. Opening a bank account requires credentials and identification, which not everyone has. There can also be cultural issues afoot. For example, there remain areas of the world where women are unable to open bank accounts without the explicit permission of their husbands, which is greatly limiting.

Fortunately, that’s where technologies like Uplinq come in. We’re able to use true artificial intelligence (AI) to understand these regional differences. I always say the best AI requires you to get mud on your shoes. You must enter a new culture and try to understand the things that differentiate us. There’s a lot that still separates us as global citizens and you need nuanced solutions that can understand that.

Can you talk about your work to promote financial inclusion?

My work involves using technology to help promote financial inclusion. I’ll give you a good example, which I find people always enjoy. I used to work for a very large bank in the United States. The bank wanted to better accommodate individuals who were underserved by their existing services. They targeted a community where people struggled to access traditional banking services and were instead relying on payday loan lenders.

The community had a large migrant population, with many individuals sending money back home to families abroad. To do this, many of these people had to work two jobs. When you’re working two jobs you don’t have time to spend crazy amounts of money, you don’t have time for recreation. Despite this, many of these people were still failed by traditional banking services and credit checks.

As such, many of them were relying on a local payday loan shop, which offered capital at a very high rate of interest. I noticed that the payday loan shop had a camera in its store, which pointed directly at the Western Union machine by the counter. I realized that if I could fit the camera with a facial recognition software, then we could program it to recognize individuals who regularly used this service.

In turn, this allowed us to identify individuals we knew could pay, but who may have previously failed to pass standard credit checks. It allowed us to lend at a much larger scale, while also dramatically reducing default rates – from 24%to 6%. As such, individuals were able to reduce the interest they paid on the loan from 300% to 18%. It meant we could serve around 82% of people, which was a massive improvement.

Can you articulate to our readers a few reasons why businesses should promote financial inclusion?

Financial inclusion is so important as it helps people to actualize their economic potential and to start businesses. Therefore, its benefits are both microeconomic and macroeconomic in nature. To this end, it’s hard to live theAmerican dream without building a credit report. It can really help people to assimilate into the country, which is something we should be encouraging across the board.

Can you please share your “5 Steps Businesses Should Take to Promote Financial Inclusion”?

Fear of failure is a powerful toxin. It can completely arrest the will and inflict total creative paralysis. We often think of great inventors, entrepreneurs, brave soldiers, and fire fighters when we think about those who have pressed on, despite daunting challenges. We all appreciate the character and sense of mission within them, which drives them to achieve what some think is impossible.

Having underwritten over $1 trillion in loans to SMEs around the world over my career,I can say it is an entrepreneur’s character, drive, perseverance, and ability to solve problems creatively that are their most important characteristics.However, they need not to work totally alone. We can multiply their success by partnering with them, embracing their dream, joining their good fight and empowering their vision.

This proactive approach is most important with the underserved and excluded. In such cases, proactive engagement commonly drives a five-fold increase in business capitalization and growth. What’s more, in some cases this can become as much as a 15-fold return. However, proactivity begins with an ability to look beyond the traditional sales and underwriting processes.

Let’s unpack what it takes. SME underwriting is essentially risk taking. We are betting on business performance and personal integrity to get repaid. One of the quickest and most common ways people manage that risk is to limit themselves to what is most familiar.

That commonly means, people like me, working in communities like mine and focussing on business models that I’m most familiar with. It's already easy to see how this could perpetuate exclusion and stymie economic growth. Unfortunately, it often becomes an endless cycle of people giving to people like them.

Microfinance is a starting point for the traditionally excluded, but access to detailed financial, credit reporting and other bits of collateral are not as common.Instead, by looking at things like goal attainment, perseverance, work ethic, use of mentors, advisors, champions, community connectedness, creative problem solving, competitive advantage, market opportunity and repeating customers we can start to get a very clear view of any risks.

All of this applies, regardless of gender, people group or religion. What’s more, it can consistently translate into low single digit credit loss rates.Thankfully, that is low enough that we can price in a way, which is accretive for the bank, as well as the small business, thus beginning a new journey, which is a win-win for all involved and helps to make the impossible possible.

As global citizens, we are exposed to more information than ever before. This might seem like a good thing, but there are certain drawbacks that deeply concern me. For one, I think that people feel more detached than ever about things happening outside of their own realities. Take for example what’s happening in Ukraine right now, we see untold damage and misery on the TV screen every night, but I don’t think it really resonates with people.

Therefore,I’d love to create a movement that really illuminates to people that the suffering they see on screens is happening to people like me and you. I’ve seen this first-hand from my work in Ethiopia. There are still children dying of preventable illnesses because they lack access to basic treatments. This shouldn’t be allowed to happen, and in my opinion, it wouldn’t if people truly identified with everyone around the world on a human level.

Is there a person in the world who you would like to have a private breakfast with?

I’m not the biggest fan of putting people on pedestals, regardless of their achievements. Ultimately, we all put our pants on one leg at a time. With that said, I would love to have had an opportunity to speak with Isaac Newton. He was able to spell out calculus in the most beautiful manner and retained so much humility while doing so. He had such a great, clear mind, which would be amazing to explore.

Do you have a favourite ‘Life Lesson Quote’?

I think it would have to be: “¿Que es ello absurdo? decís. ¿Y quién sabe qué eslo absurdo? ¡Y aunque lo fuera! Sólo el que ensaya lo absurdo es capaz de conquistarlo imposible.” For non-Spanish readers, that translates as: “But it was absurd, you say? And who knows what is absurd and what is not? And even if it were! Only one who attempts the absurd is capable of achieving the impossible.” The quote is often attributed to Miguel de Unamuno.

To view this article online you can visit here